The LWM open chess tournament was held in the Grace Lutheran College, Rothwell on Saturday 28th and Sunday 29th September, 2019. This was the 10th consecutive year that the Redcliffe Chess Club has hosted this prestigious event and the club was extremely pleased to welcome 78 eager participants. The field consisted of 1 GM; 2 IMs and several other titled players, as well as 2 visitors from overseas.

During CAQ’s President Mark Stokes welcoming address, on behalf of all present he wished Queensland juniors Jasper Moss, Ben Atita, and Byron Morris every success in their upcoming overseas tournament being held in India for the under 14 World Championships. These players are being accompanied by one of the Gold Coast’s highly respected coaches in Doug Williams who will ensure that they are well prepared for this challenge.

The cash prize pool on offer totalled $2,550  with the major sponsors being BBC Paints; David Esmonde of Aunix and the Redcliffe Chess Club. The top 8 boards were broadcasted on the internet and can be sourced at: https://livechess.aunz.net. The club is very appreciative of the contributions made by these sponsors and wishes to formally acknowledge their ongoing support of chess in Queensland. 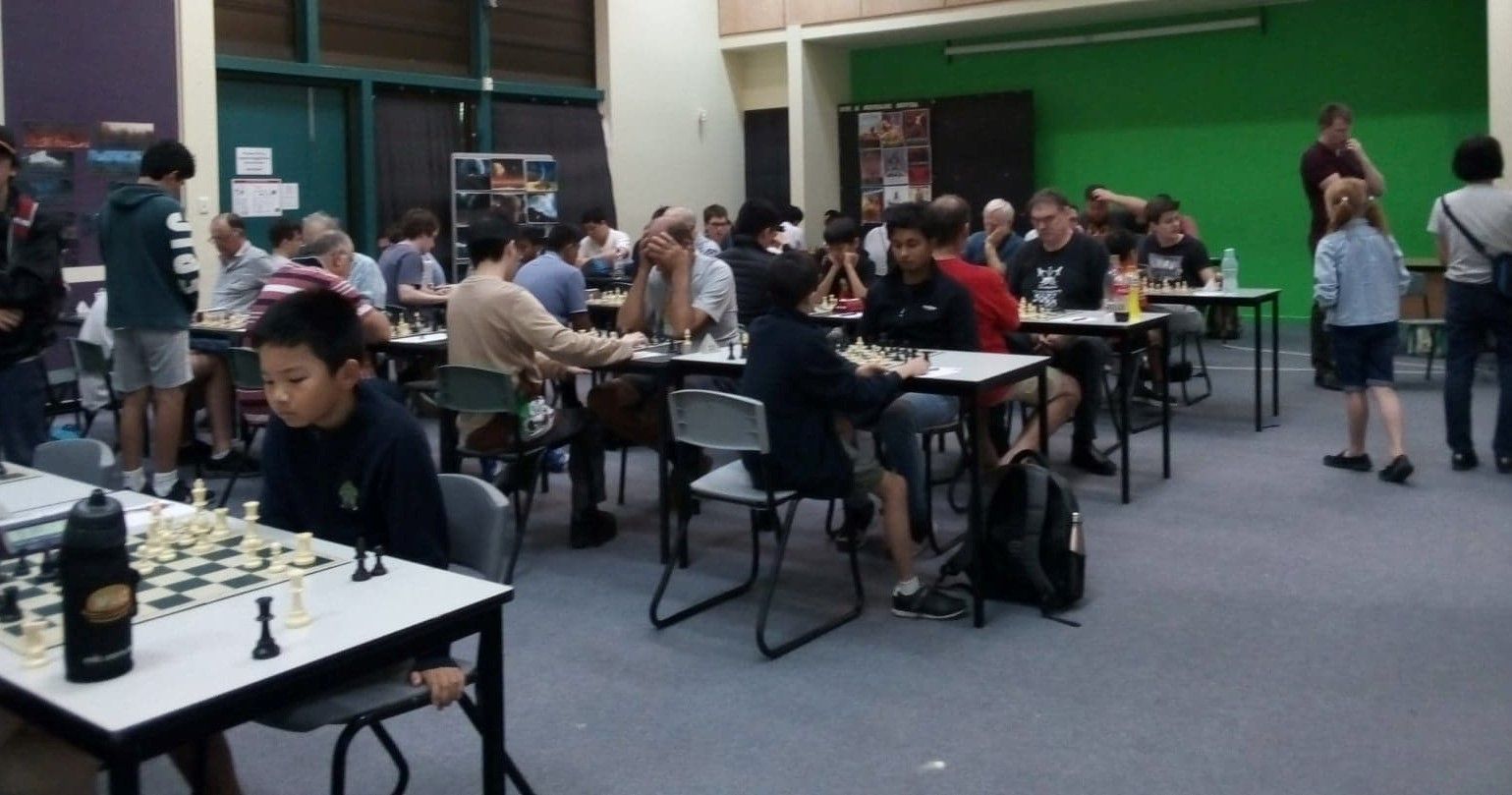 For the statistically minded, there were 186 games played – white won 85, black 75 with 25 draws. The average player rating (excluding  those without a rating) was 1251, and the top ten player rating average was 2212.

Brodie McClymont again showed his class in winning the event with 5 1/2 points out of 6. His hard fought draw was in his last round clash against Stephen Solomon who finished in a tie for equal second. As an observation, there were 3 remarkable draws in the tournament – McClymont v Solomon; Maguire v Fossey and Ly v Nakauchi – which are worth going over as they were all fighting chess at its best. Sharing equal second with Solomon on 5 points were Moulhun Ly and Junior Tay (a visitor from Singapore).

Redcliffe Club member, Allan Fossey also finished equal 2nd but was awarded the Group A prize. Allan is a stalwart of the club who contributes much quietly behind the scenes and this would be one of his finest results in such a strong tournament  – a well earned outcome by a great member of the club. It was also pleasing to see Anthony Solomon participating after a long hiatus from chess. Hopefully, his group prize win will encourage him back to the expanding chess tournament scene in Queensland.

The tournament was conducted in a very competitive, yet friendly manner. There was a large contingent of  junior players in attendance and their conduct was a credit to their parents and the strength of their play was a credit to their coaches. The arbiter heard many comments along the lines of he was only 10 years old, rated only 1000 but played like a 1700 rated player!!!

Full results are detailed below: