Report on Bullwinkle and Redcliffe match 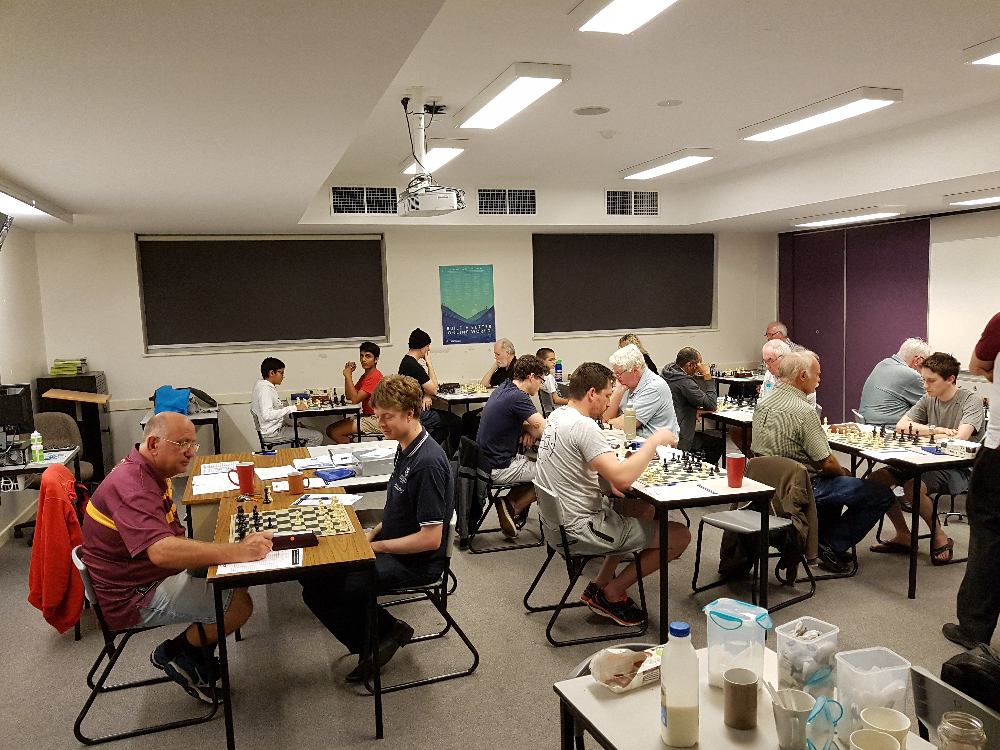 On Wednesday 18th April, 2018 the Redcliffe Chess club hosted the strong Bullwinkle team in our annual match which was played over 9 boards.

The match was played in great spirit, which is the tradition of these hard fought matches, again being demonstrated on the night with no draws being recorded. Every game was hard fought with many going for several hours in a tense environment for both the players and the large group of spectators.

The Redcliffe Club was able by the narrowest margin of 5 wins to 4 to secure victory. This was the first win by our club for many, many years and as club President I was extremely pleased to see one of our youngest club members, Filip Simic, display such a maturity in outplaying his higher rated opponent in a very complex game.

Results are as follows:

I wish to acknowledge gracious sportsmanship of the Bullwinkle players who stayed after the match to discuss their games and to socialise with our players.

It was a great night and I am sure that Bullwinkle will be planning their revenge for later this year – but we will be ready!!!