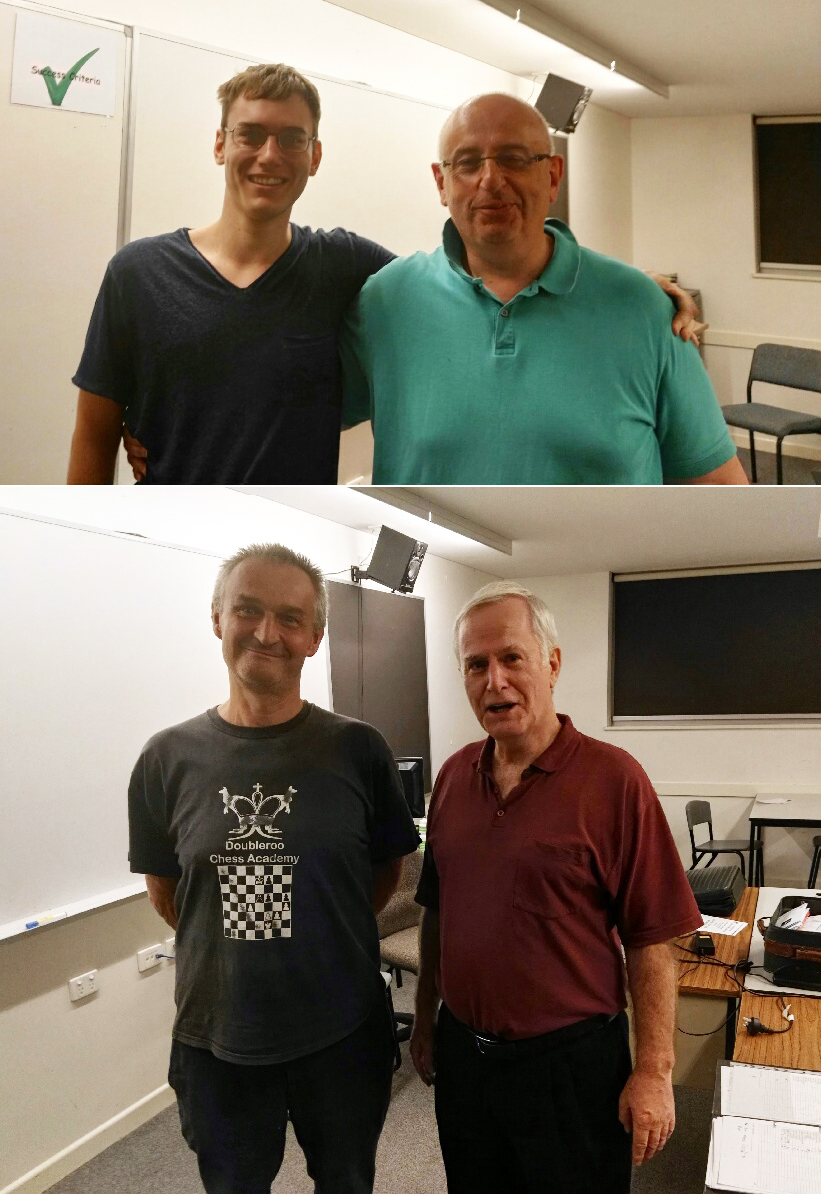 Our club was fortunate tonight in hosting two chess icons to our regular club night.

Turkish GM Suat Atalik, whose world ranking is 165, and IM Aleksandar (Alex) Wohl who has represented Australia at World Junior Championships and 4 chess Olympiads, as well as being a two times Australian Open Champion visited and played two of our top club players in Tom Maguire and Allan Fossey.

While our visitors won both games, it was not before they had to work hard to show their superior technique.

Suat is being hosted by Alex to Australia and will be playing in the prestigious Aivars Gipslis Memorial Tournament being held at the Latvian Hall, Bank Lane, Woolloongabba from the 4th to 7th May, 2018. I would commend chess players either entering this FIDE rated event, or attending as a spectator – there will be many of Australia’s top players in attendance.

Our club meets every Wednesday night and I welcome players of all strengths – beginners through to grandmasters – to visit and be part of our friendly, but competitive, club.